The City of Ankeny continues to see a strong investment in commercial and residential development as it sets new records in 2019. The city permitted a record amount of new investment valued at more than $400 million and platted more acres than ever before.  Over the past six years, the City of Ankeny has permitted more than $2.1 billion worth of projects, an average of $350 million annually.

“Ankeny continues to see growth across all sectors, with non-residential projects being permitted at record levels the past two years,” said City Manager David Jones. “The recent increase in commercial and industrial development is significant—in terms of number of projects, level of investment and number of jobs created—and important to our overall strategy in terms of tax base diversification and economic opportunities in the community. Ankeny continues to see robust residential development as well, particularly single family residential development.”

Ankeny saw a mix of businesses and homeowners relocating, expanding and remodeling. The City issued 2,563 total permits, third most behind 2016 and 2017, when 2,719 and 2,597 permits were issued respectively. The City annexed 391 acres; all annexation was voluntary.

1/14/2020
If you are looking to own your own home not just any property will do.  That should be the same statement for the mortgage lender you choose as well.  Interest rate should not be the deciding factor when picking a lender.  There are lots of lending institutions pre-approve you.  However, we do recommend a local lender.  Iowa is an abstract state, meaning clear title must be proven before a property can be sold. All other states have Title Guaranty which is an insurance policy incase title is not clear upon close.  This means our processes are different in Iowa so using a local lender leads to a much easier purchase.  Online lenders like Quicken Loans or Rocket Mortgage will funnel your information out to many lenders (like an octopus with tentacles). All those lenders will pull credit reports and can eventually hurt your credit score if too many pulls happen is a short amount of time.

There are also mortgage options that will assist with down payment or offer lower down payment options.  Many programs will accept a lower credit score opening up homeownership to more people.  The right loan originator will be able to assess your personal situation and find a mortgage program that fits your needs.  Some lenders will also offer a closing guarantee.  This  happens when all closing requirements are met.  The lending institution will guarantee your closing date.

As you can see there are a lot of factors to consider when choosing a loan originator.  Ask questions, be confident the loan originator you choose will work in your best interest.  Don't let interest rate be the only deciding factor. 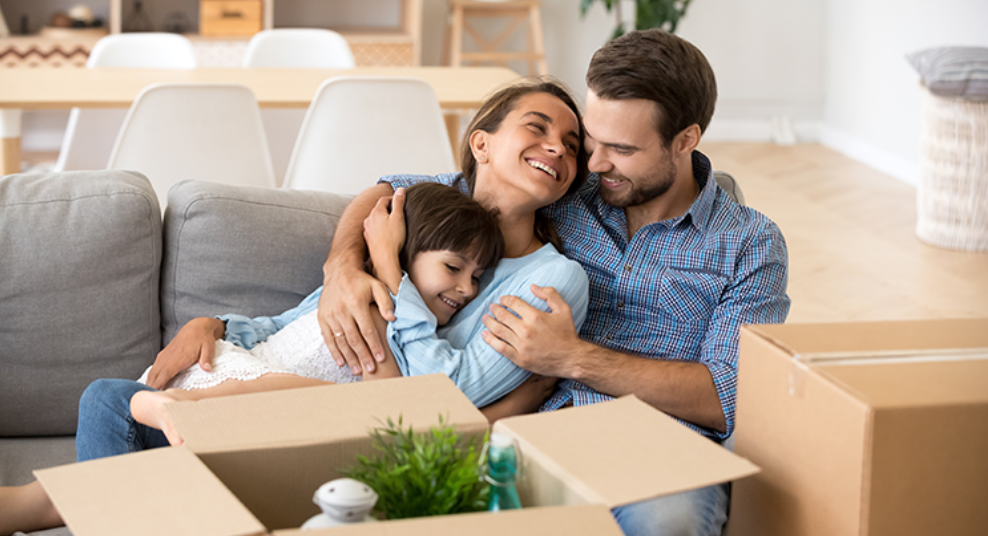 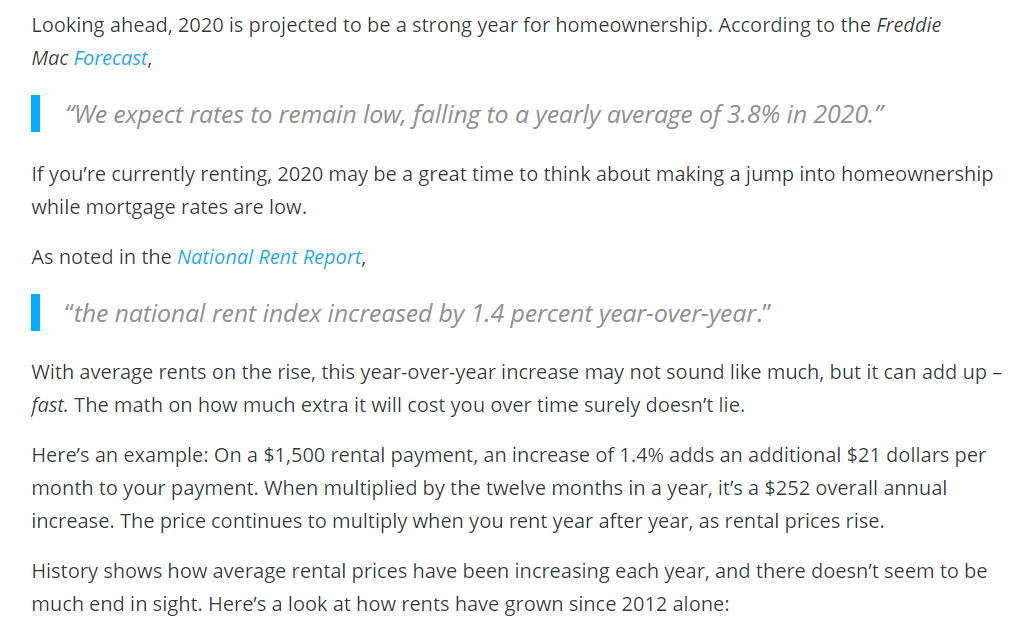 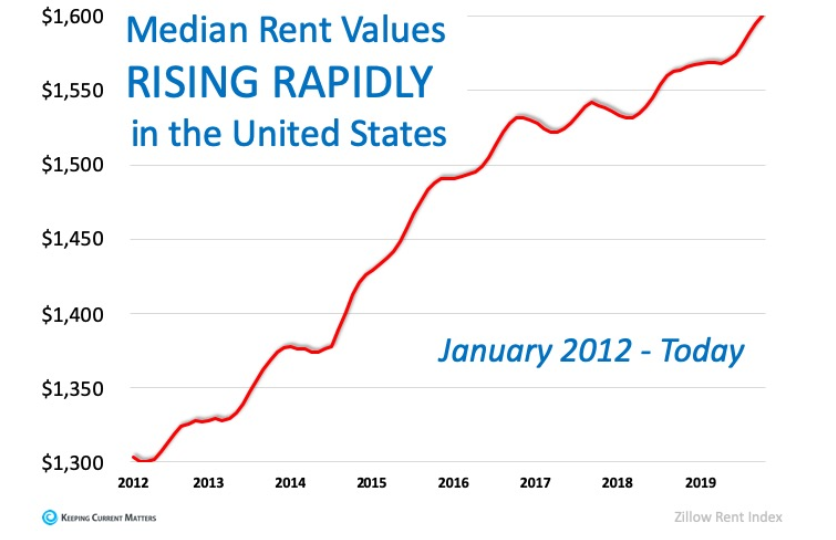 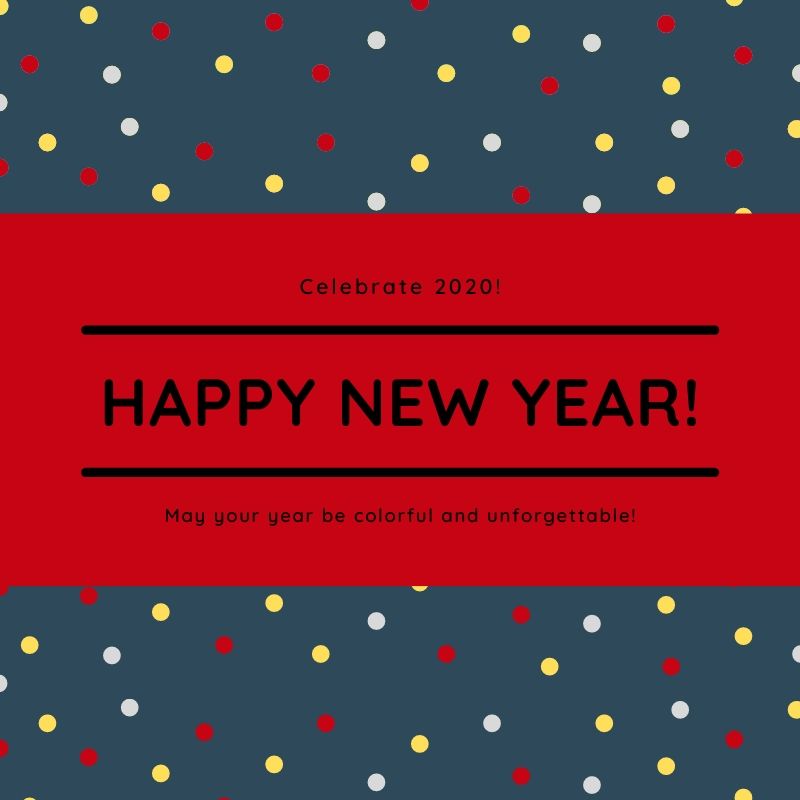 The Des Moines Metro area continues to have job growth with companies like Facebook, Nationwide, Wells Fargo and the rumored Amazon fulfillment center coming to town. There are many affordable options for buyers in both the urban city living and suburban settings. In addition there are many financing options available which have low down payment or no down payment programs. Of course like many communities across the US inventory remains very low. There are affordable options available but expect some competition on certain properties.

Still, for those young buyers or first time buyers Central Iowa can offer you affordable housing and strong job market. Be sure to keep the Des Moines Metro area on your short list.

Santa at the Zoo!

12/10/2019
Santa at the Zoo is another family fun activity is being held at Blank Park Zoo this weekend.  This is your opportunity to see Santa and enjoy a day of fun with hot cocoa, crafts, and holiday themed enrichment for the animals. Santa will be located in front of the aquarium inside the Discovery Center.  Kids will be entertained with the Discovery Center Animals while waiting in line to talk with the big man in red.

Dazzling in The District

12/5/2019
If you are looking for something to do on Saturday December 7th come experience Dazzling in The District. Many of The District's shops will be hosting family activities like holiday crafts, cookie decorating, storytelling with the Snow Queen and Ice Princess, photos with Santa and the grand finale Tree lighting in Park Square! Our REMAX Concepts office will be hosting a holiday craft make and take as well as a hot coco bar. Come by and say hi 2-7 pm! 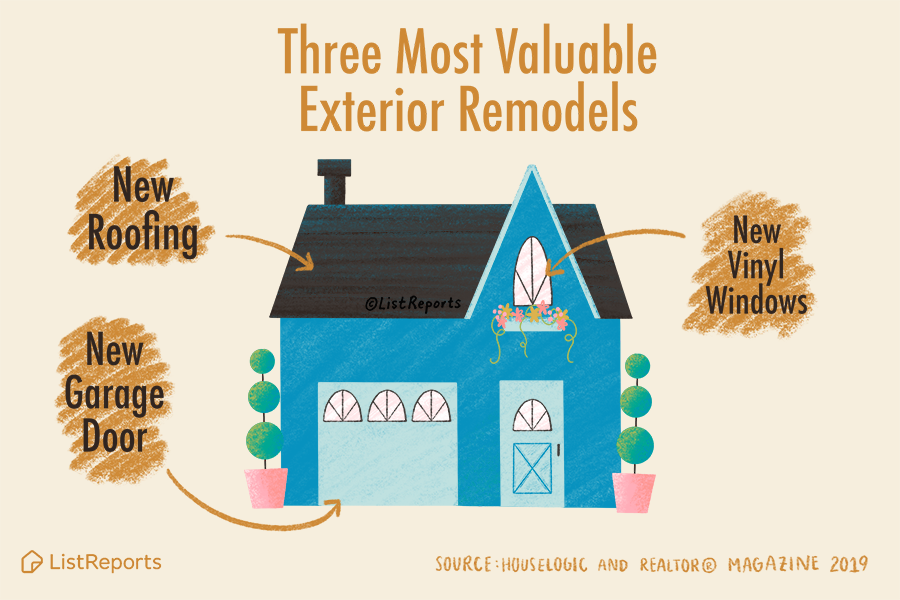 Always start with the exterior of your home.  Honestly if a buyer cannot see past the outside chances are they will never make it inside.  No cost projects that will make a bang are to pull weeds, keep grass mowed or snow shoveled, and put in new outside light bulbs.  Low cost projects are as simple as adding a pop of color with flowers or landscaping, a new mailbox or house numbers.  Inside a fresh coat of paint on the walls in a neutral color will make the most impact.  Also, consider carpet cleaning to bring back the nap on high traffic areas, cleaning windows, and a good deep clean throughout.  Buyers will notice if your home has been well maintained and in good condition.

What is Daylight Savings Anyway? 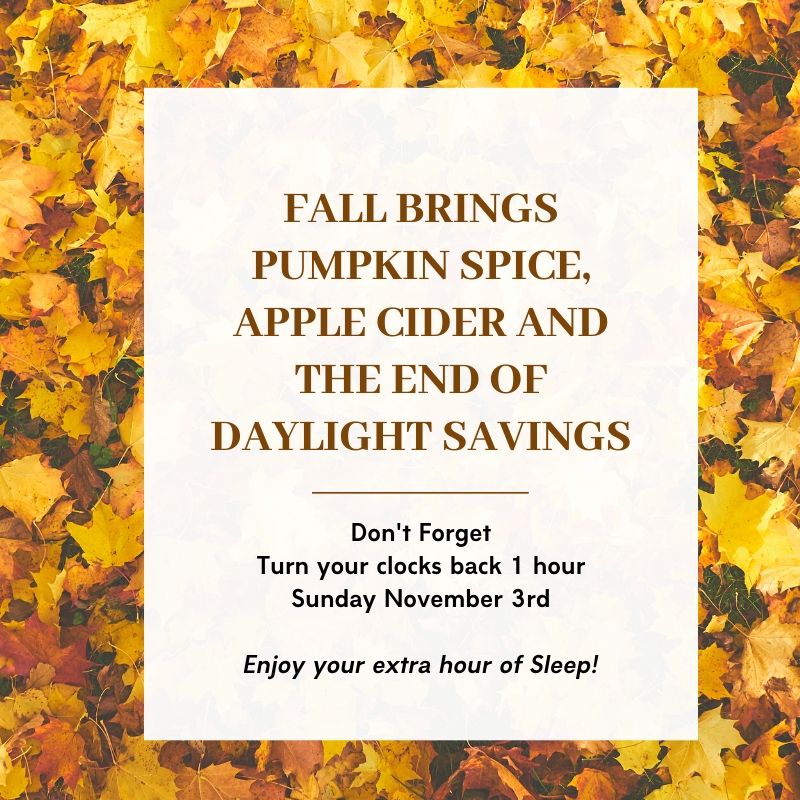 Don't forget to turn your clocks back 1 hour this weekend!

As Daylight Savings Time ends and we turn our clocks it makes me wonder what is Daylight Savings anyway?
After a little research I uncovered how Daylight Savings began.
In 1916, 2 years into WWI, the Germans began moving their clocks to gain more daylight during working hours and to save energy. England and almost every other country fighting WWI followed suit.

Today the idea of springing forward and falling back is a bit more controversial. Mostly because it no longer saves energy so questions of its purpose arise.  The 100 year practice of changing our clocks does not appear to be ending anytime soon.  So embrace the longer daylight hours and enjoy the extra hour of sleep you will be getting this weekend!

The leaf collection site will be open for leaf disposal 24 hours a day from October 26th to November 24th. Leaf disposal assistance for residents is available from 9 a.m. to 3 p.m. on Saturdays and Sundays only. Leaves collected in yard waste bags are permitted, and may be disposed in the containers provided. Plastic bags and other containers shall be removed by the resident following leaf disposal.

No open burning is allowed in Ankeny, so plan to take advantage of this no cost opportunity to dispose of your leaves. Residents residing within the city limits of Ankeny may participate in this program.
Page:  of 000  |